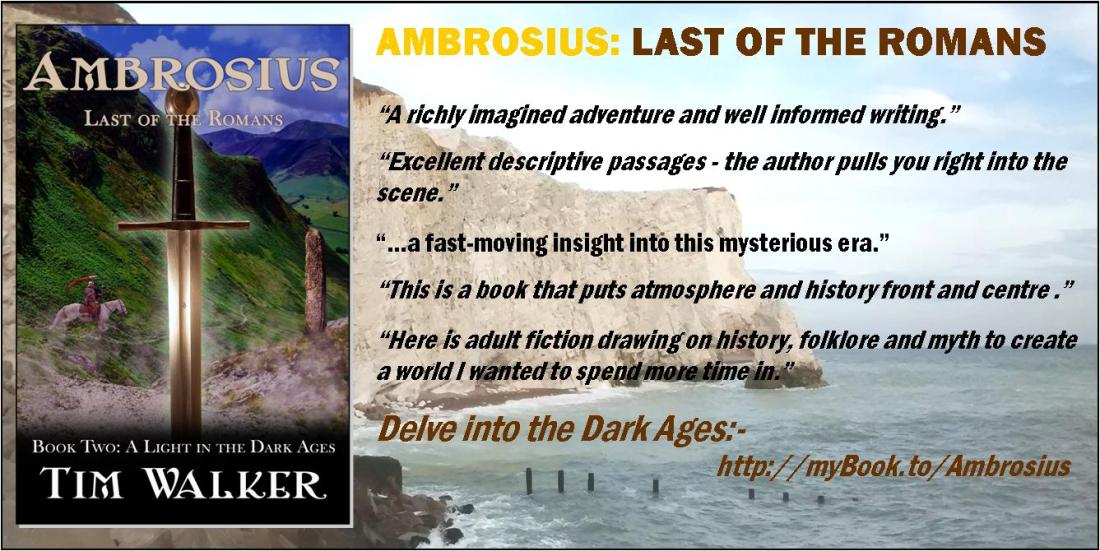 Britannia lay traumatised by the end of Roman rule and open to invasion from ruthless barbarians. Cruel tyrant Vortigern has seized control and chosen to employ Saxons in his mercenary army. But who is the master and who the puppet?

Enter Ambrosius Aurelianus, a Roman tribune on a secret mission to Britannia. He is returning to the land where, as a child, he witnessed the murder of his noble father and grew up under the watchful eyes of an adoptive family in the town of Calleva Atrebatum. He is thrown into the politics of the time, as tribal chiefs eye each other with suspicion whilst kept at heel by the high king.

Ambrosius finds that the influence of Rome is fast becoming a distant memory, as Britannia reverts to its Celtic tribal roots. He joins forces with his adoptive brother, Uther Pendragon, and they are guided by their shrewd father, Marcus, as he senses his destiny is to lead the Britons to a more secure future.

Ambrosius: Last of the Romans is an historical fiction novel set in the early Dark Ages, a time of myths and legends that builds to the greatest legend of all – King Arthur and his knights.

Thanks to all the 300+ who took the time to read my opening 5,000 words and nominate my novel, Devil Gate Dawn, on Amazon Kindle Scout. This is a promotional platform for exposing new authors.
Today (8th April) is the last day of my 30 day exposure, so if you haven’t already, follow the link and nominate me!
https://kindlescout.amazon.com/p/3AC6627K4Q0B2

All who nominate will get an email from Amazon in a week or two when the ebook is published on Kindle, with a link.  I intend to make it a FREE download for the first 7 days, to encourage as many reads and reviews as possible.
Thereafter, I will put a nominal £1.99 price on it and see how it goes!
Thanks to all my friends, my copy editor and beta readers for your valuable feedback. Changes have been made to the final version to make it a more compelling read.
I hope you all enjoy reading it, and PLEASE put a Star rating and brief review up on Amazon for me!

In Chapter Two of my serialised novel, Life of George (http://channillo.com/series/life-of-george/), George meets his mate Dave in the pub to plan a trip of a lifetime to celebrate their early retirement from work.  A suspicious man leaves a backpack on the bar rail, seen by George, but too late for him to take any action.  A huge explosion rips through the pub sending both Dave and George flying…

Chapters One and Two are up and can be read by subscribing to channillo.com – at £3.65/month (US$4.99) you can choose up to ten books from their wide range of titles to read (mine plus nine others!), and I expect my novel to be up in full by the end of the year. If you’re an avid e-book reader then why not give it a try?