There are enough mentions of King Arthur, a sixth century leader of Briton resistance to Saxon colonisation, to allow for the enticing possibility that a real historical figure underpins the man of legend.

Tim Walker’s carefully constructed narrative is influenced by evidence from early writers of the listing of the battles of Arthur, and speculation from historians as to where these battles may have taken place. 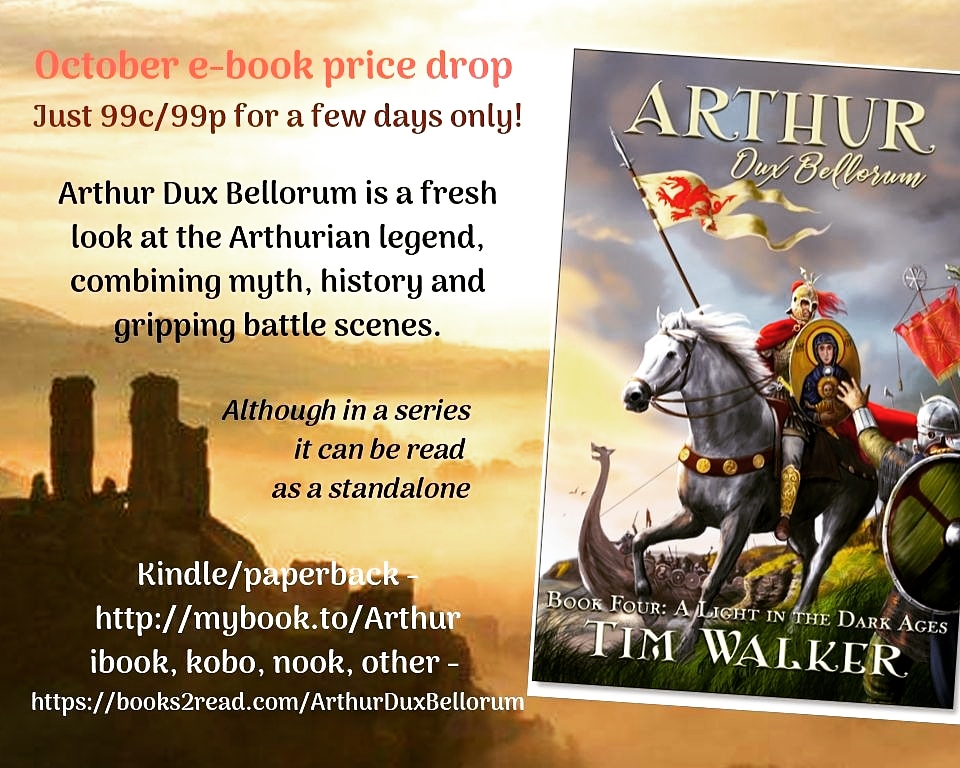 “Arthur Dux Bellorum, is book number four in the, ‘ A Light in the Dark Ages’ series but can be read as a standalone story. Tim Walker gives the old Arthurian legends a fresh look and by, “combining myth, history and gripping battle scenes”, writes a thrilling novel full of adventure.
The story is based in fifth century Britain, in the ruins of post Roman rule, and focuses on a warrior emerging to unite the troubled land, dealing with tribal infighting and invaders.
At the beginning of the book King Uther is dead and his daughter Morgana has taken the crown for her baby son Mordred, whilst Merlyn presents Arthur as the true king as Uther’s son. This leads to teenager Arthur being taken to prison but with the help of friends manages to escape. Arthur has to deal with his pursuers, Saxon invaders and a harsh and unforgiving landscape but quickly gains a reputation as a fearsome warrior and gains the skills needed as a ‘dux bellorum’, a lord of war.
This is a fast paced story, well written and it gives a new look at the Arthur legends. I read it as a standalone novel happily.”

Buy the ebook or paperback here:-