A headline in this morning’s Mirror newspaper (11/04/16) caught my eye – Tories’ London ‘Now a Capital for Laundering’. Candidate for Mayor of London, Sadiq Khan, has finally come out and said what many have been thinking for some time: “We have people from around the world laundering money through London’s property market leading to hyper-inflation in property.” 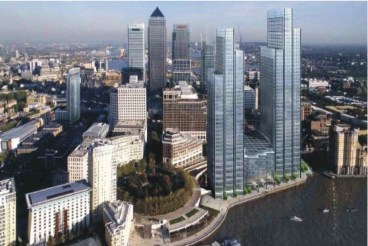 It’s almost as if he has broken a taboo by speaking out about our run-away property market, particularly in London and the South-East that actively seeks foreign investment, at the expense of the ability of citizens to buy a roof over their heads.  The insanely greedy buy-to-let spin off is causing much suffering amongst families and workers battling to survive in a divided city with a growing multicultural underclass of people forced into poverty by unaffordable mortgages and rents.  Homelessness is rising, and residents are being forced out by social cleansing.

The piece is accompanied by a colourful graphic showing how money laundering works:

The Mayor of London would not have the powers to force buyers to be named, unlike in New York City, where they are ahead of us in this game of money laundering posing as ‘foreign investment’. Khan has called on the Government, “to ensure transparency.”

Meanwhile, over in the Houses of Parliament today, a cornered Prime Minister, David Cameron, will attempt to explain to the country his hitherto carefully hidden personal finances. He has benefited from his father’s tax-free offshore investments, from inheritance money ‘gifted’ to him in a tax dodge, and conveniently forgotten about a second property his family owns that yields income. His estimated net worth is over £40 million, but we will never know the full truth, or gain a clear insight into his privileged world. Wriggling like a worm on a hook, he has already lost credibility as a trusted leader who can lecture us on what is right and wrong. He is at the centre of a system that encourages the wealthy to hide their money from the taxman, whilst hypocritically lecturing us on the importance of paying taxes and the need for cut backs in public spending.  This is sounding more and more like an episode of Gotham, with its comic book characters, who seek to out do each other with their outrageous behaviour, whilst manically laughing all the way to the bank.

We can all understand the desire to pay as little tax as possible, and maximise on income. But here’s the thing. The majority of workers are employees who have tax and national insurance deducted from their earnings at source, and have no chance of wriggling out of payments for the running of the country (including MPs expenses). We are the cash cows of a rotten system. A system that encourages money laundering and welcomes ‘investment’ by murderous leaders of repressed countries with sham democracies; the world’s criminal elite. Picture a meeting of criminal gang leaders around a Gotham City bar room table.

We will all be made to regret the Thatcher legacy of the dismantling of the welfare state, the cheap sale of national assets, deregistration of the finance sector, and the whittling away of our personal rights and freedoms. Welcome to the New Gotham – where money can buy you anything, and no one asks where it came from.  It is a society divided between rich and poor, where criminal gangs battle with a shrinking police force and fear is used as a political weapon to keep the citizens in check.

A Pandora’s Box of sleaze has been opened, and the Joker has escaped.  Where is Batman when you need him?

One thought on “Welcome to the New Gotham”